Home » Security » Anonymity and Cryptocurrencies – The Future or the Past?

Anonymity and Cryptocurrencies – The Future or the Past? 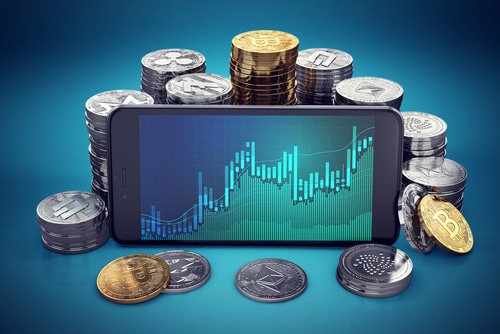 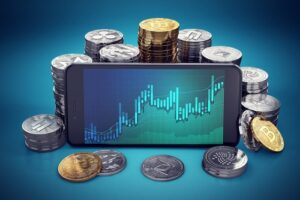 To offset Bitcoin’s lack of privacy, a number of cryptocurrencies have been developed, each with distinct features. These include DASH, Monero, Verge, zCoin, zCash, Pivx, and Stealthcoin. All of these do a more than adequate job of keeping your transactions private, however it is generally accepted by technical experts that Monero has an edge on the rest, due to its use of ring signatures and other features. Dash, Monero and zCash are significantly ahead of other private cryptocurrencies in terms of market capitalization, at the time of this writing. Verge and Pivx also have enormous potential, while zCoin and zCash are the only two cryptocurrencies which have been cryptographically proven to be untraceable. Most make it very difficult, but not impossible, to find the identity of the sender.

Speaking from a practical standpoint, the chances of actually being monitored using any private coin are very slim right now. Most rhetoric pertains to the possibility that the government or a hacker could identify an individual. But this would take resources and time to develop.

Further, it makes more sense for governments to simply track large exchanges such as Coinbase, where they can collect customer data as opposed to spending the significant resources required to investigate individuals transacting using Verge/DASH/Monero to send $50 to another wallet address.

Cryptocurrency enthusiasts often forget that they are a select group, and their views can often be considered fringe by the majority of the population. For people who are passionate about cryptocurrency, privacy is huge. Bitcoin is essentially a technology that allowed people to circumvent the existing regulatory framework in an anonymous fashion. The underlying ideology being was that government regulations were inefficient and that they were already playing too big of a role in the private lives of citizens.

However, it is not just cryptocurrency fanatics who value anonymity, but a large proportion of the wider population. Recent scandals at Google and Facebook concerning customer data have highlighted the importance of privacy for citizens and generated much bad press for both the companies and the government. Studies suggest that the idea that Bitcoin facilitates criminal transactions is somewhat overblown, and that Bitcoin money-laundering is on the decline. And anonymity also has an added advantage in repressive regimes, where activists can send messages and finance one another.

But to frame it as an issue of government versus the people really does not do justice to the wider issues. It is no great secret that a primary feature of cryptocurrencies is tax avoidance and the funding of illegal activities. And the anonymous nature of the cryptocurrency sphere is the ideal environment for cybercrime. The lack of regulation and governance has led to many hacks and scams. Realistically, for a functioning society there needs to be a government or at least a semi-centralized entity that can keep criminals in check and provide safety to consumers. Businesses cannot conduct business without a degree of stability.

In other words, anonymity is a huge deal. With mere anonymity, cybercrime can be reduced, taxes collected and cryptocurrencies can possibly be integrated into the wider economy and existing frameworks. Privacy is a more effective protection of a user’s identity from discovery, but it also leaves room for cybercrime and scams. There is always a tradeoff between privacy and security.

The Future of Cryptocurrency Transactions

Certain cryptocurrency enthusiasts will only be satisfied with the secrecy that true private cryptocurrencies offer.  However, the majority of users will be unlikely to be drawn to cryptocurrencies that carry such a high risk of crime and abuse without the protection of regulation.  The moderate regulation that is possible with both anonymous blockchains, as well as with blockchains that offer full transparency, appear most likely to strike the balance between keeping government out of people’s interactions and the regulations necessary to protect and foster growth in the industry.