Home » Uncategorized » Common Esports Stereotypes You Should Know About

Common Esports Stereotypes You Should Know About 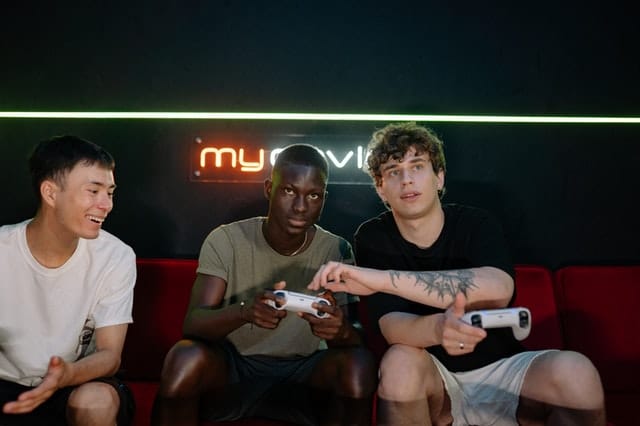 It’s rare to find a field without its set of stereotypes. Esports and gaming, in particular, have been subject to stereotypes. Some of these are unfounded, and some are no longer true. In this article, we will explore some of the common stereotypes in esports.

You’ve probably heard the argument against shooter games or those that tend to display violence. These games are seen as a cause of the growing rates of violence among youth. However, no studies have proved the causation between gaming and violent or aggressive behavior.

While there have been cases of gamers committing violent crimes, the reality is that video games are for many a source of cognitive, emotional, social, and motivational benefits. Gaming has been proven to increase spatial skills, problem-solving and cognitive abilities.

While studies have shown a correlation between violent or aggressive people seeking out aggressive entertainment, it is unlikely that an otherwise normal person (with no antisocial tendencies) could turn into a killer by playing violent video games.

It’s easy to see where this stereotype comes from. Traditionally, esports was a male-dominated field. However, the number of women playing video games has steadily increased over the years. In some countries, the percentage of male and female players is at par.

Gaming has evolved, with more women taking an interest in both casual and professional gaming. Schools are also encouraging girls to take on gaming to improve their skills and work as competitive gamers.

The thought of a gamer brings to mind a person who sits at his or her computer all day shooting at enemies. It lacks the obvious social elements of traditional games such as football or basketball.

However, this does not mean that gamers are socially isolated or lonely people. A lot of gamers are in vibrant communities and use gaming as a means to interact with friends and family.

In esports, for instance, the multiplayer format allows players to develop strategies and engage in social interactions with gamers from all over the world. These players will collaborate during the game and even form deeper friendships outside the gaming environment.

Esports players also have communities of their fans and other players. They engage with their fans through Twitch streams and other social networking platforms.

A study in 2017 evaluated a group of players with the results showing that the perception of other people’s pain was not reduced even after prolonged exposure to violent games.

Video game developers also create games that show players the outcome of their actions. Instead of games solely focused on shooting, gamers can now engage in community building or survival activities through video games.

Esports is riddled with stereotypes, a lot of which originated in the early days of the video game industry. Some of these stereotypes include the belief that gaming leads to violence, that girls do not play video games, and that gaming is socially isolating and desensitizing. However, there is substantial evidence that players do distinguish between the fictional environment of a game and the real world. Gaming is also a social activity that men and women alike engage in. What stereotypes have you heard about esports?