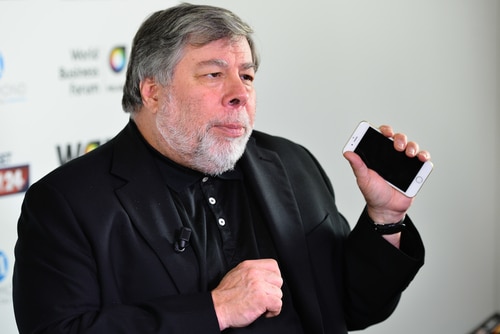 Steve Wozniak, co-founder of Apple, was the victim of a bitcoin scam where fraudsters stole seven bitcoins from him. He shared this personal story when he addressed the audience at Economic Times of India’s Global Business Summit.

If you’ve been too ashamed to admit you were scammed, take heart that Wozniak, a tech genius, publically admitted that he fell victim to a digital scam.

Wozniak said that someone bought the coins from him online using a credit card, and after receiving the bitcoins, cancelled the transaction on the credit card before it could be processed. Wozniak had no recourse to get the money back because it was a stolen credit card was used.

Fraudsters frequently target cryptocurrency exchanges and their investors. Thefts are increasing, and once tokens are out of your hands, it’s virtually impossible to get them back. Wozniak said that the thief was able to steal his bitcoins from him far too easily.

He said that although blockchain technology can identify who has bitcoins, this does not mean that fraud is impossible. Wozniak said he bought the bitcoins before the boom when they were priced at $700.

Unlike many, Wozniak bought the bitcoins not as an investment, but because he wanted to use them when travelling, so he did not have to use cash, credit cards or wallets. He wanted to conduct all his transactions with bitcoins so he had identified hotels and other facilities that would accept them. It turned out to be quite difficult to use bitcoins as currency.

He said he has now sold all of his tokens, except for one. When someone asked him why he had wanted to sell the coins in the first place, he said that watching the price every day wasn’t for him. He was tired of all the hype related to the price and having just one token was enough. This is understandable, given the volatility of bitcoins – not to mention his vast fortune.