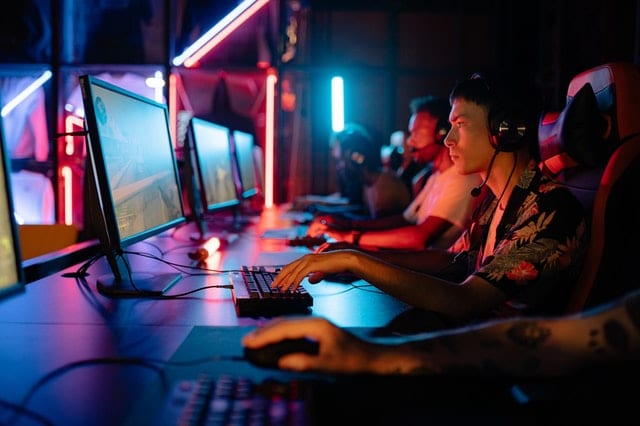 Esports is a relatively new kind of sport, and research is still underway on health issues that relate to it. According to medical professionals, long-term health concerns from esports are beginning to manifest in more seasoned esports players. This article will discuss four common health concerns for esports athletes.

In the last seven years, there have been six cases of distinguished esports athletes who have suffered from a collapsed lung (spontaneous pneumothorax). Esports athletes with this condition mainly experience trouble breathing, and pain in the shoulders or back, and in the chest.

Although poor body posture is considered the main cause of spontaneous pneumothorax, medical researchers have not established how esports causes the condition.

This condition is very common among most, if not all esports athletes. Research shows that the condition is mostly a result of fatigue and pressure on the median nerve in the carpal tunnel. Esports athletes spend long hours playing, and the continuous movement of the hand and fingers results in swelling. The median nerve carries information from the hand to the brain and vice versa, making carpal tunnel syndrome quite a serious condition.

Numbness and a tingling feeling are common early symptoms, although with time, it can become hard to use the hand. Researchers have found that many young players ignore the early symptoms of this syndrome and any wrist pain. They assume that the symptoms will go away with time, oblivious of the danger that they pose.

Use of performance-enhancing drugs

Most esports athletes use performance enhancement drugs to boost productivity. Some esports players have gone public, with confessed users claiming that the drugs help them treat attention deficit, improve their concentration, and achieve other benefits.

There is no proof that using performance enhancement drugs makes esports athletes perform better. On the other hand, the use of these drugs is a great issue for esports athletes because continuous and consistent use of these drugs may cause harm to their health.  High blood pressure and elevated heart rate can lead to long-term harms. Some of the users may also get addicted to particular drugs.

Reflexes are considered very important in esports. However, athletes need a focused and sound plan to achieve success. This strategy is common among players in most other kinds of sports as well.

Many esports athletes join competitions at a young age, as amateurs with zero experience. These young athletes spend many hours rehearsing, away from their loved ones. Upon becoming successful esports athletes, they become public figures and also have to deal with the pressure of publicity.

The effort and time consumed by training leave players with limited time to eat and sleep well. Esports teams that do not set time for proper feeding and rest are unsustainable. Esports is a physical and mental activity.  Therefore, the physical and mental state of players is crucial. Too much pressure normally results in burnout and fatigue, leaving athletes unable to perform as expected.

Overall, esports players are at risk for multiple physical and psychological complications if they do not properly take care of themselves. In this article, we have reviewed some of the common health concerns they face.

Esports stakeholders should do more to improve the wellbeing of athletes by promoting regular active breaks, and investing in ergonomic technology for game setup- and not to forget counseling, physiotherapy, and psychological training for esports players.