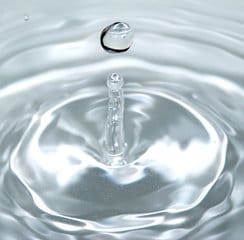 A Business Insider investigation shows that political advertising on Facebook can be manipulated by cyber criminals or hackers even after the implementation of Facebook’s new transparency rules.  Business Insider was able to run fake advertisements as being ‘paid for’ by Cambridge Analytica, in spite of the transparency rules. Cambridge Analytica, the political consultancy that closed down its operations in May, was involved in a major data scandal earlier this year.

A Facebook spokesperson said that the Business Insider ad was not created by Cambridge Analytica and violated its rules.  The representative of the tech giant said, “It is fake, violates our policies and has been taken down. We believe people on Facebook should know who is behind the political ads they’re seeing, which is why we are creating the Ads Library so that you can see who is accountable for any political ad. We have tools for anyone to report suspicious activity such as this.”

A Facebook official agreed that even though enforcement is not perfect and would not be able stop everyone from manipulating the system, it has made bad activity more difficult and Facebook will continue to improve on its systems.

The Business Insider investigation is just the most recent example of Facebook’s failure to spot a fake ad. Vice News was also able to post fake ads, which were identified as ‘paid for’ by over 100 US Congressmen. The news site claimed it took its staff just a few minutes to run an ad ‘paid for’ by a senator.

Business Insider said in its report that running a campaign and putting it live on the platform requires further approvals from Facebook and that these approvals are separate from the company’s requirements for running political ads. However, it added that Facebook did not flag the ads that violated its standards during the approvals or verifications process.