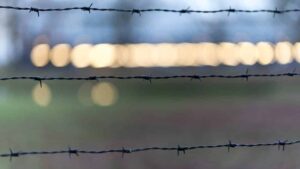 The importance of the issue of border security has come increasingly into the public awareness in recent years. Recent terrorist attacks at home and abroad have prompted debate about increasing security at borders.

RKN Global’s founder, Ronald K. Noble, identified border security as one of the most pressing security issues facing countries around the world early on during his fourteen year tenure of service as Secretary General of INTERPOL, the world’s largest international police organization.

Herein are some thoughts about border security, specifically as relates to the United States.

Since 9/11, the Department of Homeland Security has increased the number of its Border Patrol agents by approximately 8,600 extra “boots on the ground”. This statistic alone shows that the DHS and U.S. Customs and Border Protection take border security seriously.

What issues do the above organizations have to deal with? Is all there is to it just catching criminals and dangerous people at the borders?

Drug trafficking across the Southwest border of the United States has always been a major issue. In 2007, the U.S. and Mexico forged a comprehensive security partnership in a bid to counter crime, including drug trafficking,  on both sides of the border. Despite the authorities doing what they can to control the movement of drugs between Mexico and the US, drugs do get through. Mexican borders are not the only avenues that are used to smuggle drugs into this country; other trafficking routes exist as well. Approximately $10 billion worth of drugs are smuggled into the U.S. every year .

As noted earlier, U.S. Customs and Border Protection arrest approximately 23 wanted criminals each day. Many criminals try to leave the town or state they committed offenses in, so as to avoid capture. On some occasions, criminals may even try to enter the United States in order to escape from their country of origin. The U.S. Immigration and Customs Enforcement website contains pictures of its “most wanted” criminals, and works to identify and apprehend “removable aliens.” The ICE carries out this work in addition to investigating human trafficking and drug offenses “within and out of the United States.” The arrests carried out by U.S. Customs and Border Protection no doubt make an invaluable contribution to the safety and security of the United States and of other countries throughout the globe.

U.S. Customs and Border Protection work hard to ensure that those with a criminal record find it difficult to enter the United States. On a typical day, Border Protection will refuse entry to 367 people at U.S. ports. Those who have a criminal record may be refused entry, depending on the crime in question. Some of the crimes that could prevent you from entering the US include:

The above list is not exhaustive, and you should contact U.S. Customs and Immigration if you have a criminal record. You may be allowed entry into the U.S. if you were imprisoned for less than a year, or six months, depending on the circumstances.

Stolen, lost and fake passports pose a major problem for national and international security. Terrorists and dangerous criminals regularly use fraudulent passports to travel, cross borders, stay in hotels, and open bank accounts, all in furtherance of their dangerous activities.  The number of intercepted attempts to use stolen or lost travel documents can serve as a good measure of how popular they are, and therefore how useful they are seen to be, with those of ill intent.  As of November 2015, INTERPOL’s Stolen and Lost Travel Document Database held 50 million stolen and lost travel documents.  Countries screened passports at borders over 1.5 billion times and identified over 125,000 people using stolen or lost travel documents.

With full knowledge that terrorists often travel using fake passports, Border Security staff do their best to spot those who use them. However, with sophisticated technology in the hands of those who want to do us harm, this task remains a major challenge.

Why do people try to immigrate illegally?

In 2014, The Huffington Post reported that “Roughly 63,000 unaccompanied minors…have crossed illegally into the United States” within a ten month period.

Some individuals and families, may decide to come to the United States because they want to work. Perhaps a lack of jobs has forced them to look elsewhere for work, and traveling to the U.S. is their last resort.

Some individuals may travel to this country so they can be with their family.

There are many reasons why individuals and families try to reach the United States. Atrocities occurring throughout the world each day are certainly an impetus for asylum seekers and refugees who want to live in a normal country where they have the right to live without persecution or widespread violence.

Yet others try to get passed Border Security because they because they have committed a crime and are hoping to flee the authorities.

What the government is doing to strengthen borders

Among the many measures that the government has undertaken to strengthen border in recent years, the President and the Department of Homeland Security have doubled unmanned aircraft surveillance systems and ground surveillance systems since 2008.   The continued increase in resources is necessary to keep up with the continuing sophistication of those who would wish to cross borders illegally.

Ronald Noble, founder of RKN Global, notes the importance of rigorous identity screening at all borders and ports of entry into countries.  Such rigorous screening can make us more effective in preventing the activities of those who would do us harm.