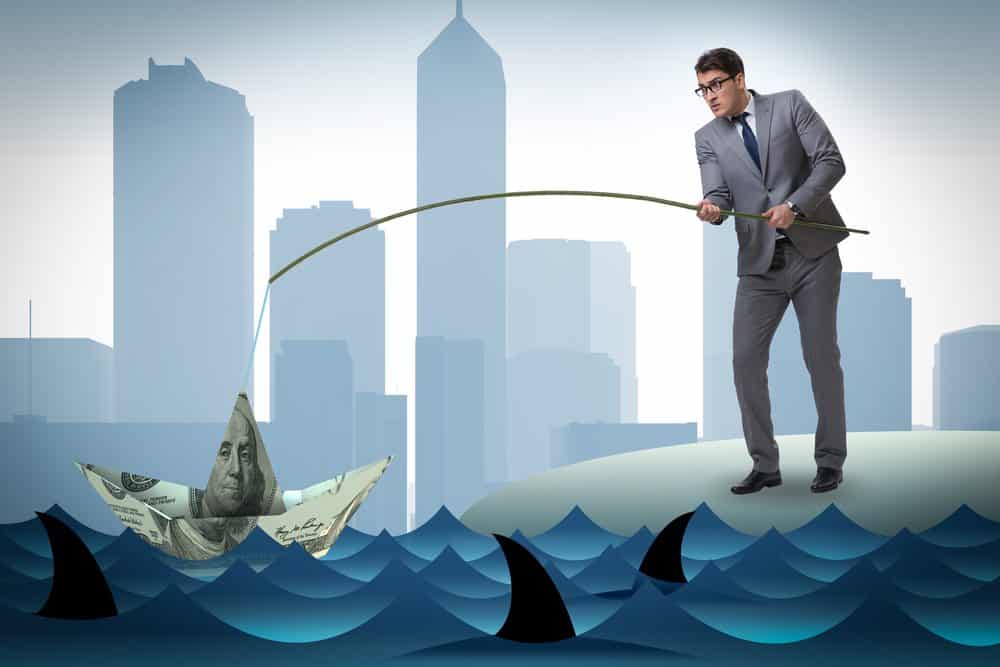 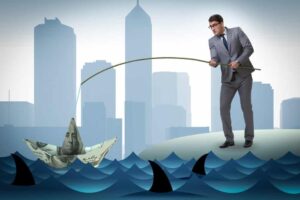 Corporate fraud can be defined as any fraud that’s committed against a business. This type of fraud is thought to be on the increase, as corporations work to advance the use of technology in the workplace while criminals seek to make money from this technology.  Additionally, 347 publicly traded companies were themselves prosecuted for financial fraud by the SEC between 1998 and 2007, a sharp increase over the decade prior.  These undoubtedly are only a small fraction of those that are engaged in such activity.

Ronald Noble, RKN Global’s founder, observes that corporate fraud is often viewed as a “victimless” crime because corporations are legal persons, not real persons.  But real people’s lives are, indeed, deeply affected for the worse by these crimes.

There are many different types of corporate fraud. Let’s take a look at some of the most common types:

This type of fraud occurs when a criminal pretends to be a customer. The criminal in question will use someone else’s account in order to make unauthorized transactions. This occurs when the customer’s account and bank details fall into the wrong hands, often through phishing or other scams designed to get this information.

Check fraud remains a common method of theft. In fact, more than 77% of companies who were victims of payment fraud were targeted by someone using checks.

Criminals commit check fraud through forgery, counterfeiting and altering checks.  Check fraud is still alive and well today, despite there being other payment methods available.

Do you need more supplies for your office? Perhaps you’re running low on paper, pens and ink for the photocopier. . . Unfortunately, there are fraudulent office suppliers waiting to take advantage.

Imagine you receive a call from someone who claims to work for the company which supplies you with the stationary you need. They tell you an order has been placed, and that all they need is a signature from you so the order can be completed. You agree to sign an invoice that they promptly send you, and think no more of it.

In some incidences, people have challenged the placement of the order, only to be told that if they paid in full, the order would be accepted at a discounted price. The victims will often pay for the order, thinking they’ve saved money, and will perhaps look forward to receiving an order that may never arrive.

Corporate fraud doesn’t just occur outside of the company; it also occurs inside it. Employees have been known to commit fraud by using a variety of methods to trick the business they work for into paying them large sums of money.

Let’s take a look at just some of the lengths people will go to in order to gain cash:

Calling in sick – While there is nothing wrong with someone calling in sick when he or she is  genuinely ill, some employees have taken this too far. There have been incidences of people calling in sick and then going to work somewhere else, simultaneously receiving sick pay from one company and a salary from another.

Using fake qualifications – Some people are so desperate to find a job that they will add fake qualifications to their resume. Although this may not seem like a big deal, they could be putting their health and the safety of others at risk. This act also means that those who have the right qualifications may get turned down for a position that they should have gotten had the moral playing field been even.

Using fake references –Some job applicants, concerned that their references will not vouch for them strongly enough, might use fake references—friends, or even paid strangers—in order to get an edge up against the competition.  This practice defrauds employers and cheats those who have the right qualifications and who have developed positive references from getting the job that they rightfully deserve.  Sadly, this practice is a not uncommon form of fraud.

Failing to protect your business from fraud

Although corporate fraud can and does cost business millions of dollars every year, not every business will take steps to fight it. There are several reasons why this could be.

While any business can fall victim to fraud, the concern for tarnishing the corporate reputation keeps many from taking the necessary steps–including reporting–to fight it.   Some are concerned that if there’s a hint that fraud has taken place within the company, the damage to the company’s reputation—especially with the magnifying effect of social media—can be greater than the harm caused by the fraud itself.

The use of new software

Some companies fear the use of new software because of the concern that it might enable a data breach into the company’s systems and increase the risk of the company becoming a victim of fraud.  However, new software is often essential to meet the changing IT needs of a company, and can often help identify issues and red flags that need addressing.  The balanced and intelligent application of new technology can benefit a company and help it become more resistant to fraud, both internal and external.

The cost of fraud

Investigating and rooting out sources of fraud from within a company can certainly benefit the bottom-line of a company in the long-run.  In the short-term perspective, however, it can be expensive and a drain on corporate resources.  Managers whose success is evaluated based on short-term and periodic revenue generation are not always incentivized to spend more money in the short term to uproot fraud, even though doing so would benefit the company in the long term.

RKN Global’s founder, Ronald Noble draws attention to the fact that corporate fraud can affect any business of any size, from small family businesses to large, multinational corporations.  One of the keys to avoiding fraud—regardless of the company’s size—is awareness and a commitment to take the steps necessary to address it.