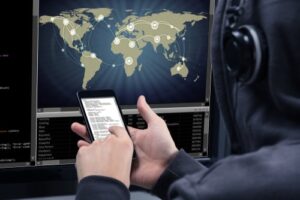 Phones and computers can be vulnerable to hackers if the manufacturers of those products do not take what seems to be an ever-growing number of steps to protect them from attack.

Hackers use increasingly sophisticated means to reach into phones and steal personal data. This means that manufacturers of devices need to do whatever they can to address vulnerabilities and keep their customers’ personal data safe.

Ronald Noble, founder of RKN Global, notes how unfortunate it is that not enough computer and mobile phone users take active steps to make sure their devices are protected, especially in light of the vulnerabilities that exist.

One recent example of hacking involves the recently discovered Meltdown and Spectre bugs that may affect the users of iPhones, Mac computers, and iPads. Meltdown is thought to erase or “melt” the security fences that are usually enforced by hardware that is installed in these devices. Once the security fences have been melted, the bug is then able to access a range of personal data and which the hacker can use to his or her advantage.

The Spectre bug works to break down the isolation between applications which enables a hacker to fool programs into giving away data such as passwords. This could leave Macs and other devices vulnerable to attacks that can lead to crimes such as identity theft as well as financial theft.

Security experts have said that the disclosure of such vulnerabilities heightens the need for manufacturers of computers and devices to keep up to date with security and software issues. The Chief Technology Officer of Cybersecurity and Special Missions for Raytheon said there was no immediate solution to Spectre as yet, and that hardware design changes may be required.

The security issues were uncovered in 2016 by a variety of research groups, which recommend that users keep their devices updated with the latest security software. Unfortunately, though, it seems that processors may have to be redesigned before devices are completely protected. This means that current devices may remain vulnerable, and only when the next generation of mobile phones, computers and tablets are sold will the problem be fully addressed.