Home » News » RKN Global on: Join Twitter Before 13? You May Be Blocked

RKN Global on: Join Twitter Before 13? You May Be Blocked 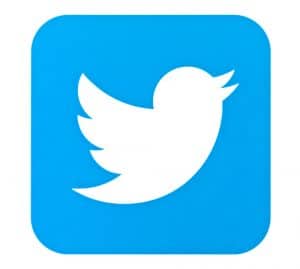 Users who signed up before age 13 could be banned

According to Twitter, the ban will apply whether the users added their birth dates to their profiles later or provided their date of birth at the time of signing up. The news site Motherboard reports that Twitter has opted to ban users whose provided birth dates indicate that they were below the age of 13 when they signed up on the platform.

Canadian journalist Tom Yun was one of the many users who was banned for this reason. In a talk with Motherboard, a Twitter representative said that the company cannot separate between the content that was posted by the users before or after they turned 13, which is why it is banning those accounts from the platform.

Age-banned users receive a message which says, “In order to create a Twitter account, you must be at least 13 years old. Twitter has determined that you don’t meet these age requirements, so your account has been locked and will be removed from Twitter. Your active ad campaigns have been paused. If you think your account was locked in error, you can let us know.”

Yun, who is now over the age of 13, saw this message when he was banned by the platform. Users suspended from the platform can make a new account, and the social media platform is working on a longer term solution for those affected by the ban.

Many people have complained that their Twitter accounts were banned since the European Union’s new data privacy and protection laws, known as the General Data Protection Regulation, or GDPR, came into effect on May 25 this year.

After the implementation of the new privacy laws under the GDPR, Twitter has taken the rules, and therefore the data privacy and protection of its users, quite seriously. The GDPR has set a minimum age of consent for using all social media platform or online services at 13; however, it allows for other countries to determine their own rules.

While this could be seen as a strong step towards data privacy of users, many argue that the step was too prompt and was not adequately mindful of the users who have important content as well as a number of followers on the platform.