Trust is the key: Can blockchain technology increase productivity? 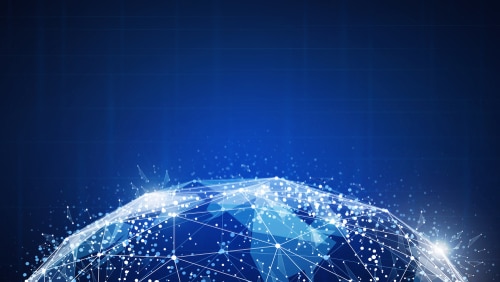 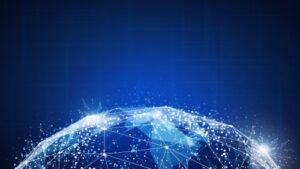 Blockchain has certainly taken the world by storm with its permanence and versatility. In fact, it is so versatile that it has fueled numerous projects, each with an associated cryptocurrency. They cover such diverse areas as messaging, lending networks, advertising ecosystems, secure file sharing and exchanges.   And these are just the tip of the iceberg.

What about the corporate and business worlds?  Could blockchain technology be used to increase productivity in that context?

A quick conceptual overview of productivity and of blockchain technology is instructive.

Productivity describes the efficiency of production. When it reaches high levels, it has a positive effect on the financial outlook of an enterprise, organization or country. According to  Investopedia, an online investment encyclopedia, productivity is the economic measure that shows the relationship between output and each unit of input.

In this context, outputs might be revenue and Gross Domestic Product (GDP,) while inputs can include capital and labor. Productivity, therefore, is the capacity of a determinate entity to efficiently use resources to produce goods, items, or quality services that can lead to financial rewards.

What is blockchain technology? Don and Alex Tapscott, authors of the 2016 material “Blockchain Revolution,” describe it as an incorruptible digital ledger of economic transactions and operations, which can be programmed to record anything that can hold present or future value. All the information existing in a specific blockchain can be considered shared and is maintained in a database.

Blockchains allow the distribution of digital information, but can’t be altered. The most enticing aspect of this technology is that it is transparent and imperishable. Could this kind of system or platform increase productivity or have any impact on it?

Could there be tangible improvements in productivity through the use of the blockchain?

The US industry and other influential markets have had low increases in productivity, with only 0.7% gains in the last year. Germany has experienced similar trends, with 0.4% for the same indicator, according to data from Yardeni.com.

However, those numbers refer to the United States of America and Germany on the whole; they don’t examine what exactly is happening in those markets. Prominent companies, such as Amazon and Uber, are known for using productivity-enhancing tools to develop better products or services, which would improve output (quality and items made.)

And while none of those companies are exclusively using blockchain technology to conduct their operations, they have begun to experiment with it. They recognize its potential for present and future success because it can improve efficiency, which they need to keep competing at the highest level.

Adrian Turner, chief executive of Australia’s Commonwealth Scientific and Industrial Research Organisation (CSIRO,) argues that blockchain technology has enormous potential as a tool to reframe existing industries, especially financial services, and to promote new ones, such as the food vending and health care fields.

There is no better way of improving efficiency and productivity within a company than making sure to hire, nurture, train, and maintain the best talent around, and blockchain technology can ensure that is the case.

Blockchain can verify counterparties’ identities without any involvement of external agents or third-parties. This system can transform entire processes and how they are performed, improving efficiency in operations.

Slow and labor-intensive processes and projects can be optimized through the use and implementation of the blockchain. For example, it can verify and assess education, training, and skills of potential job candidates, making it easier for businesses to invest their resources.

The use of the blockchain technology in the corporate world can speed up previously slow processes like managing cross-border payments and employee mobility. One can control everything from international expenses and tax liabilities using this resourceful tool.

As we see now, blockchain technology is closely related to productivity.

It boosts productivity by automating and reducing the load and the hassle of routine, data-heavy processes such as VAT (Value Added Tax) management and payroll. On top of that, the ledger helps companies enhance fraud prevention and cybersecurity in human resources.

As Vivek Singh of Medium.com puts it, everything begins with trust. That is how long-term relationships with happy endings are built. The potential of the blockchain technology in enhancing productivity in numerous fields is tremendous.