Home » Uncategorized » What Is the Future of Esports after COVID-19?

What Is the Future of Esports after COVID-19? 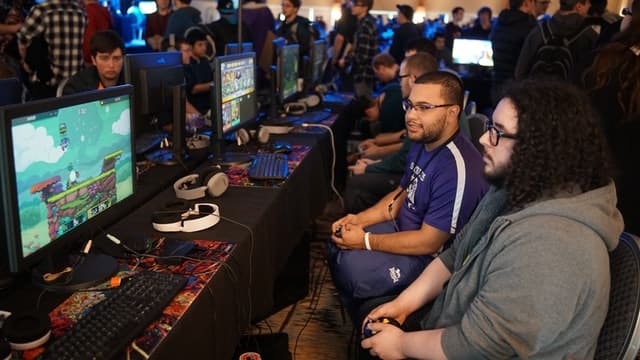 What is the future of esports after COVID-19? The esports industry has seen incredible growth in recent years, with tournaments and events being held all over the world. However, the outbreak of COVID-19 has put a halt to many of these events, as well as causing problems for those who make a living from playing video games professionally.

So what does the future hold for esports after COVID-19? Can esports continue to grow in the face of these challenges?  Let’s dig in and find out.

The likely future of esports: Continued Growth despite Challenges

Despite the challenges that COVID-19 has posed, the esports industry is still expected to grow in the coming years. This is due to the continued popularity of video games, as well as the increasing amount of investment from both businesses and individuals. While there may be some setbacks in the short-term, the long-term prospects for esports remain positive.

One of the reasons for this continued growth is increased support from game developers and publishers. Many of these companies have been investing more money into esports in recent years, with some even setting up their own professional leagues. This trend is likely to continue, as developers and publishers look to capitalize on the popularity of esports.

Another factor that is expected to drive growth in esports is the increasing involvement from traditional sports organizations. These organizations are starting to invest in esports teams and players, and some are even holding their own events. This is a sign that esports is becoming more mainstream, and it is likely to lead to more investment and media coverage in the future.

As esports becomes more mainstream, it also gets more media coverage. This helps to generate interest in the industry, and attracts investment from both businesses and individuals. The increased media coverage also leads to more sponsorships and partnerships, which is another source of revenue for esports organizations.

Another trend that is helping to drive growth in esports is the spreading of esports culture to the mainstream. The increasing number of celebrities and mainstream companies that are getting involved in the industry help drive this trend. As more people are exposed to esports, it is likely to become more popular and generate even more investment.

The future of esports looks bright, despite the challenges posed by COVID-19. The industry is expected to continue growing, thanks to the increased support from game developers and publishers, the involvement of traditional sports organizations, and the spreading of esports culture to the mainstream. This growth is likely to lead to more investment and media coverage, which will help esports reach even higher levels in the coming years.