Home » Uncategorized » Can Regulation Scare People Away from Cryptocurrencies?

Can Regulation Scare People Away from Cryptocurrencies? 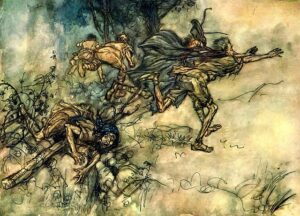 The world of cryptocurrencies certainly needs regulation in order to reduce fraud and make the field safe for investors.  This could make conditions ripe for expansion.   However, can regulation, or regulatory attention, scare people away from cryptocurrencies?

There may be one indicator. It is the diminished enthusiasm for Facebook’s planned cryptocurrency, Libra, in the face of intense pressure from regulatory bodies.

Libra versus scrutiny: Can scrutiny scare people away from cryptocurrencies?

Reportedly, several high-profile backers could be re-thinking their investment in the Libra project. This is because of the scrutiny and pressure that the cryptocurrency faces from regulatory bodies.  A few backers are even considering leaving the project completely.

Supporters of the Libra Project have two options – either they can support the project and face all the scrutiny or they can leave the project and not be a part of Facebook’s next “big thing.”  Some may prefer leaving.

Another report notes that the threat of antitrust probes into Facebook has led investors to doubt their decision to back Libra. A few anonymous backers said they are concerned about being linked to Libra because of the attention.

U.S. lawmakers have asked Facebook to halt the Libra project until all regulatory issues are resolved. The EU is rumored to be investigating the project over potential antitrust issues as well.

Is Libra the canary in the coal mine?

The Libra Project was reported to have 28 member firms since its debut in mid-June.  Each member firm paid up to $10 million to be part of the project. The Libra Association includes names of big companies like Mastercard, Uber, Visa and PayPal.  VISA disclosed that it had signed a nonbinding letter of intent to join the project.

It is too early to know in the specific case of Libra whether the doubts and insecurities of some supporters will spread. It is also too early to know whether it will affect Libra’s launch or its overall success.

However, it does at least raise the possibility generally that regulation can have a potential chilling effect on certain parts of the crypto world.  This is so even while it aims to offer promise to the field in the long term.