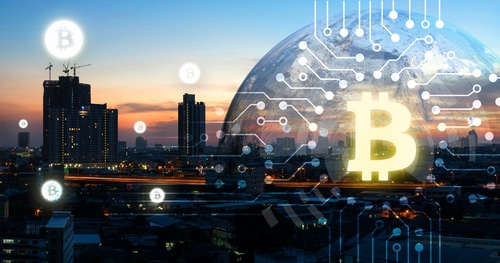 A Pakistani man has been arrested in the UAE by Sharjah police officers, in collaboration with its Criminal Investigation Department, for a Bitcoin fraud worth Dh 2 million ($544,520). According to the police report, this is the first Bitcoin crime to have happened in UAE.

An Indian merchant, who apparently had experience with buying bitcoin before, met a seller online who agreed to meet with him in person to do the trade. When the day for the meeting came, the seller sent someone else, identified as “S.J.M.” to conduct the transaction on his behalf at a small coffee shop in Sharjah. When the Indian buyer handed over his cash-laden briefcase, S.J.M pretended to wire money to him via his laptop.

A few minutes later, he excused himself to go and see his wife who was in the car outside, and vanished for good before the buyer realized the fraud. He dialled S.J.M.’s number a couple of times, but it was already switched off.

After realizing he had been defrauded, the victim contacted the police who began an investigation and were able to locate the Pakistani man’s house. In the ensuing raid, they arrested the suspect and recovered some of the Dh 2 million.  They also found receipts indicating that a partial amount had already been wired to his online accomplice.

S.J.M. pleaded guilty and claimed that his partner took advantage of his financial neediness to hook him into the crime.  His case has been handed over to the public prosecutor.

Warning to the public

Colonel Mohammad Hassan, the CID chief at Sharjah, has warned people from engaging in unsafe transactions, especially when they know very little about the other party. He also advised anyone interested in dealing with Bitcoin (and other online currencies) to research them thoroughly beforehand.

The untraceable nature of Bitcoin and other cryptocurrencies makes it hard for local authorities to help in clamping down on fraud.

If you get duped through online tactical manoeuvres such as phishing or hacking, it is crucial to contact authorities and to take steps to halt and undo the damage. In some cases, Bitcoin victims can be fortunate enough to recover their lost money. This usually happens when there is fiat money involved and personal contacts such as phone numbers have been collected.

The key, however, is vigilance and prevention in order to avoid becoming a victim in the first place.